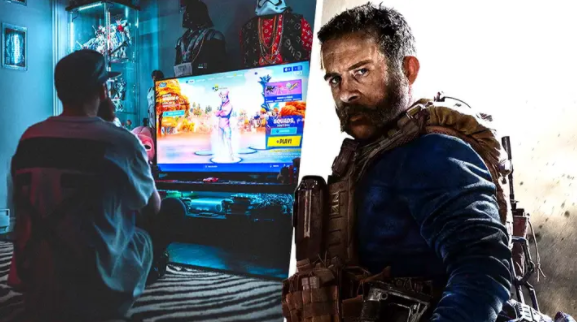 An ex-Royal Marine Commando claimed that the ” PlayStation generation”, with “no military experience beyond what they see on their screens,” are willing to serve in the front line with the “romantic idea” of saving Ukraine Russia.

According to Stoke-on-Trent Live, Emile Ghessen is now a documentarian and is currently working on a documentary on the struggles of Ukrainians in Kyiv. He stated that he had met many foreign volunteers joining the Ukrainian forces.

“I have spent time with these guys, and it comes along with many reasons. When asked why so many people risk their lives, he replied that he had heard about the PlayStation generation. Some of them don’t know what’s going on. They have this romantic idea that they will save Ukraine from Russia.

However, he quickly pointed out that these volunteers weren’t “thugs that want people to die”, as Richard Madeley suggested. “I wouldn’t say that many of them are just here to kill people but I ask everyone I talk to if they are prepared to kill Russians.” They were four weeks ago and didn’t have any issue with Russia. Some of them are wannabe men who meet in pubs and say, “Oh, I was going into the army but never did”. Now they see an opportunity to join volunteer units, be armed, and go to war.

There are many ways you can help the people of Ukraine at home. You can donate directly to the British Red Cross’ Ukraine Crisis Appeal.