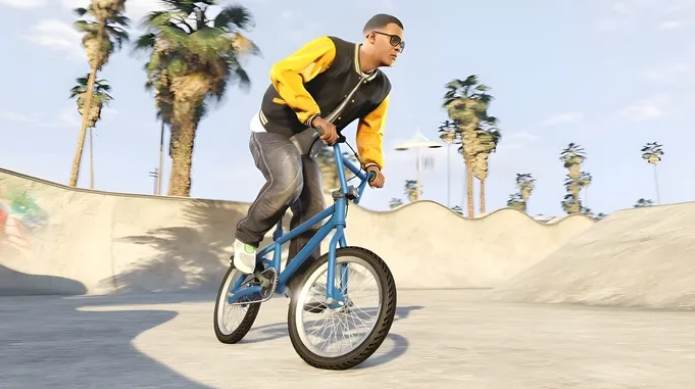 It’s not surprising that some players end up behind bars due to the time they spend on various crimes.

One person has taken escape artistry to a new level by posting a video in which they get out of trouble using only a BMX bicycle.

StanOnlineyt posted a clip in the GTA Online Subreddit. It shows their unsuccessful bid to be free. The video begins on the prison roof. From there, a series of rail grinds and jumps take them through the catch fences and into the promised land.

User master wrench, on the other hand, shared a tip: “Since I’ve updated my background, I’ve noticed that you can get into prison without having to have wanted levels – I’ve been climbing over the fence with my Toreador.”

User Stumbling_Corgi shared the view of a guard trying to stop the X-games-worthy escapees. He said: “As a corrections officer, I can confirm that we do not have any countermeasures for BMX. It is being worked on by our top officials, but we cannot counter this strategy as of now.

Many of the other players were impressed by this stunt. ZombieExtermina said that you CAN NOT again be arrested due to the prison, and, by extension the Law Enforcement community is completely and utterly, quote “styled on”, while DialZforZebra stated: “Ya boy over there filming the Prison Break reboot.”

User faizoology joked that the trick could be useful for players who complete the prison break heist. He said: “Need to teach it to Rashkovsky. Would save a lot of trouble.”

User dlmurgatroyd- took a different view on the stunt and said: “How funny would it (have been) (if) you got to the highway, then suddenly it just comes to an abrupt halt as a car hits you to end the clip.”