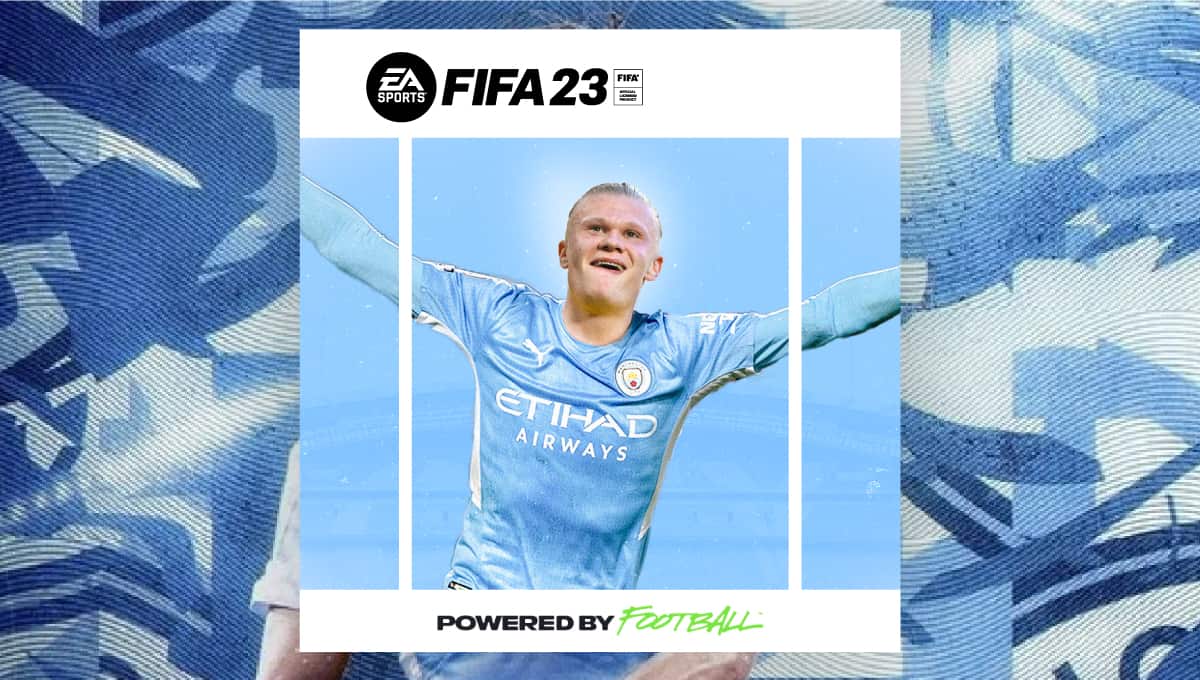 FIFA 23 has yet to be revealed, but the community knows it’s coming. Based on past years, there is no release date. However, we may see a teaser trailer or announcement in July. Many will be curious who will have the FIFA 23 front cover feature. Kylian Mbappe held it down for two consecutive years. It was Christiano Ronaldo and Eden Hazard in previous editions. But who will it be for FIFA 23’s edition?

Although we think Erling Haaland might feature on FIFA 23, it is possible that it will, but it being the end of time, it is open to debate. Were there any legends on the cover? The final edition will feature a completely new design. Although we won’t find out until the final edition, Haaland seems like a solid bet based on previous FIFA versions. After activating his EUR60m release clause (PS51.2m), Erling Haaland signed in Manchester City, making him one of the most important signings of this summer.

What about Benzema, though? De Bruyne? The GOATS Ronaldo or Messi? All options are possible, so it’s anyone’s guess.

It is not necessary to introduce the French international, he is undoubtedly one of the most talented forwards in the world.

Haaland was the hot sale of the season and an absolute beast throughout the season. Therefore, he is our choice for the FIFA 23 cover star.

Advertisement
FIFA 23 cover star – who will be featured on the front cover?