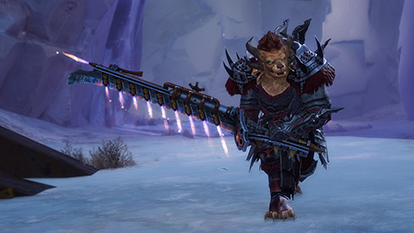 ArenaNet have declared a unique, new kind of”Living Globe adventure” to get Guild Wars two. On March 17th, as we approach the Guild Wars franchise’s birthday, they’ll launch Visions of the Past: Fire and Steel. The programmers charge it as an adventure which will provide the gamers”a fresh outlook on events which have unfolded thus much from the Icebrood Saga.” 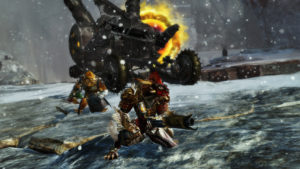 So, what can you expect when Visions of the Past: Steel and Fire launches? Well, for one, you’ll be working very closely with the charr, as you join the Ryland Steelcatcher’s Steel Warband and explore the depths of the Shiverpeaks. The developers have cooked up a ten-player instance, where the group will have to escort a charr Devastator tank all the way to the top of the mountain. Also, a story mission will tell you more about the charr and what lies behind their efforts to awaken the Elder Dragon Jormag.

Another exciting feature of Visions of the Past: Steel and Fire is the Eye of the North. This strange scrying pool will let players take a peek into the past. What this means in practice is that you’ll be able to revisit several select missions from Living World Season One. The Eye of the North will also serve as the new hub for Strike Missions, including a rotating daily Strike, allowing you to earn even more rewards.

And speaking of rewards, some of the loot you can earn in Steel and fire include “an Advanced Norn Armor set and cape, and unique new weapon skins that belong to the grizzled members of the Steel Warband.” Visions of the Past will be free for everyone that owns Guild Wars 2: Path of Fire. As for the Eye of the North hub, it’ll be available to all Guild Wars 2 players. You can see some of the new content in the trailer below.