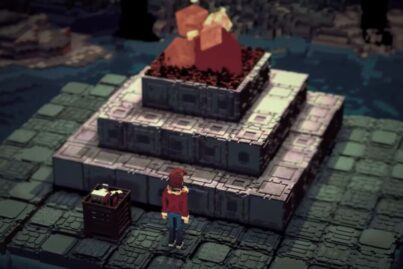 Draknek & Friends developers, who also developed A Monster’s Expedition, have released a trailer and release date for Bonfire Peaks. “A serene puzzle game about setting fire to everything you own,” says Corey Martin, an indie developer.

According to a press release the premise of Bonfire Peaks states that players must set their belongings ablaze in a lush voxel world – moving onwards and upwards while leaving nothing behind!

What is Bonfire Peaks?

The gameplay’s central loop seems to revolve around moving large boxes and other objects through areas. With the ultimate goal of burning everything you own, it appears that this is how you will be traversing. Bonfire Peaks’ unique visual style and texture is attributed to voxel art. This, along with the relaxing, soothing soundtrack, makes Bonfire Peaks seem like a calm, restrained puzzler that focuses on letting go of any past problems plaguing its main characters.

Where can I play Bonfire Peaks?

Bonfire Peaks will be available on PC, Switch and PlayStation 4 on September 30th. You can also download a demo on the Nintendo Switch or the Steam page. Preorders are now available on eshop.