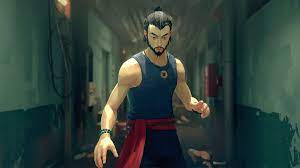 There’s a game that looks better every time you look at it. Every trailer and preview makes you smile, thinking, “If this is what they are showing us now imagine what they’re hiding back!” The anticipation building for the martial arts rogue-lite Sifu is strong, and it’s already so much better than I thought.

Through its many trailers (and bitterly disappointing delays), we have learned the basics of Sifu. You are a martial artist on a journey to revenge and success that leads you to become wiser and older. Slocan started the presentation by stating that they would not discuss those aspects, but they still gave us plenty to chew on. Here are my top takeaways.

1. Sifu Is More Similar to Sekiro Than You Think

Every good story about martial arts is going to focus on the struggle of wills through physical altercations. Sifu does not disappoint. The enemy character must break the stance bar before they can kill them with a quick kill. However, you have your own stance limit, so you don’t have to guard and not be aggressive or parrying all the time. It is important to have both good offense and great defense.

Sifu has a lot of inspiration from old martial arts movies. This shouldn’t surprise anyone. This inspiration is carried into the level design of the game, which aims to evoke certain scenes that resonate with developers. One example is when the player character walks through a door and into a corridor full of enemy combatants. Anyone who has seen the movie Oldboy will instantly recognize the scene Sifu aims to instill — a faithfulness that extends to allowing the camera to shift to the side view for the rest of the fight.

While your fists can be a powerful weapon in battle, weapons make them even more effective. You can take out your opponents and pick up their weapons, such as machetes or blackjacks. This will turn the tide in battle completely in your favor. You don’t have to have a great weapon to win the level. You should keep track of all items within your reach, as they have different durability. This is part of the game’s balance.

4. Pathways open up and change on different runs

Although Sloclap didn’t want to go too deep into the “run-based nature” of the game, they did mention that there could be differences on subsequent runs. Although it is unlikely that a player will beat the game the first time, they may discover new information added to the Detective Board. You can access the route you have found and use it to find what you need next time you play. These could be shortcuts or enemies that provide more information to help you find something better.

5. Use intimidation to learn new information

Interrogating enemy fighters is one way to get information. An efficient fight avoids damage, and klls most enemies quickly will often intimidate the last enemy. This enemy will give you information that could be useful on future runs and save you the hassle of finishing off one more enemy.