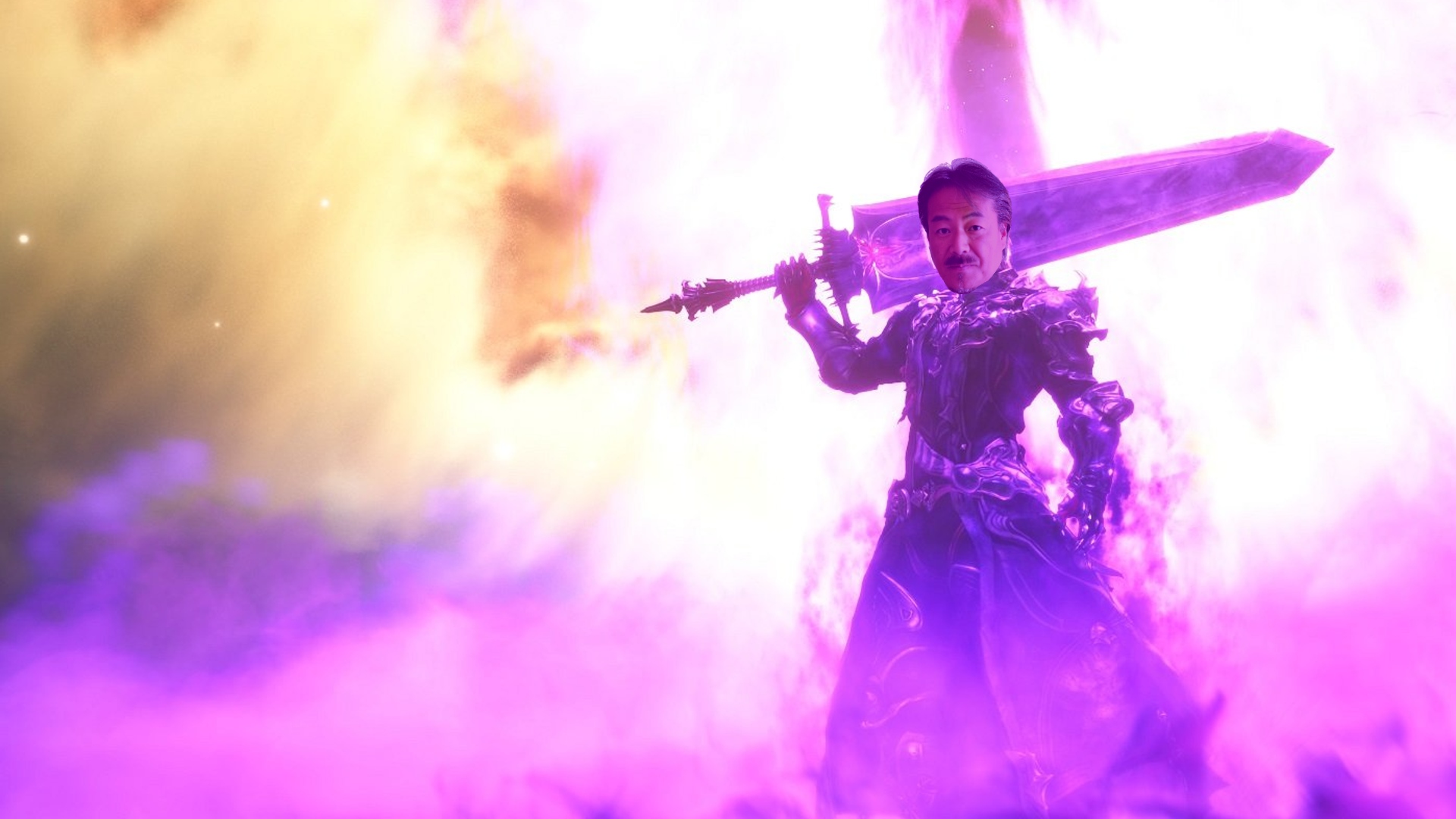 Can’t and won’t let up. Hironobu Sakaguchi is the director of Final Fantasy, and has been playing Final Fantasy XIV ever since September. Sakaguchi is a true fan of the MMO and what could have been a casual session has turned into a lifelong passion.

On September 27, he began playing, a Lalafell Gladiator named. He completed A Realm Reborn 16 days later. Then, he followed that up with the entire Heavensward campaign in just two days. As anyone who has ever played the game before an expansion will attest, this run was completed with incredible speed.

Sakaguchi started the Stormbloodcampaign in October 18 and moved into Rhalgar’s Reach and the Fringes. He has posted photos of taking on the Final Coil at Bahamut, and the Omega Raid. Sakaguchi also posted a screenshot at the end of Shadowblood, and the beginning of Shadowbringers on October 24. He’s currently wandering the idyllic fields of Il Meg as of the time this is written.

Sakaguchi’s journey is part of the joy of watching. Sakaguchi calls back to previous Final Fantasy titles (many of them he clearly directed). Many of his tweets show the original sprites that Sakaguchi used to create some monsters, as well as their Final Fantasy XIV equivalents. This tweet is about the memorable and iconic Goblin from the original game.

It’s been an absolute blast following the father of Final Fantasy through HTMLXIV as he reminisces on running into these creatures and moments that he helped create long ago. It’s a great way to look back on history, even just by comparing the 3D versions and their sprite counterparts. Sakaguchi is likely to finish Shadowbringers before the launch of Endeavor, the upcoming FFXIVexpansion. This means that he will get to enjoy all the new stuff with the rest of us.

Final Fantasy XIV Endwalker will be available on PC, Mac, PlayStation 4 and PlayStation 5, starting Nov. 23, 2021. Early Access for pre-ordered players begins November 19, 2019. You can see all our preview coverage leading up to The Linkshell’s launch. Our new Final Fantasy XIV vertical is coming soon! You can find a small portion of that coverage in the links below.

You can also see the rest of our coverage on the media tour.