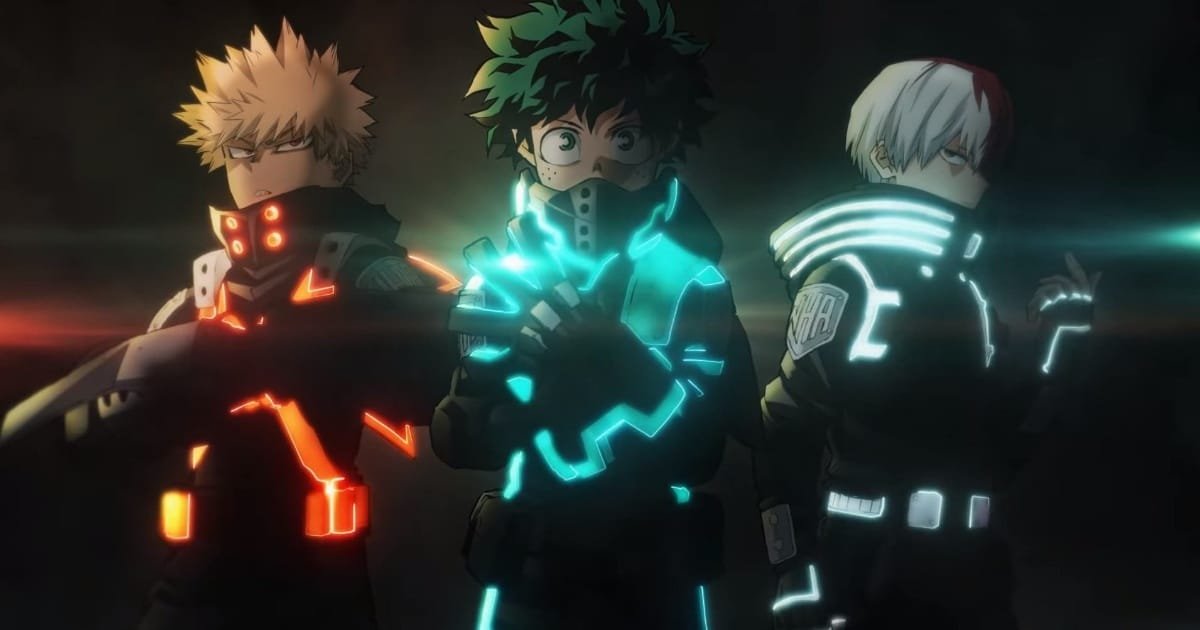 My Hero Academia is the third movie in popular My Hero Academia series. It sees Izuku and his friends assigned with their most difficult mission yet. This movie features our group of young heroes facing off against the sinister Humanrize, an organization that seeks to eliminate all superpowers by launching a coordinated terrorist attack.

As a huge fan of the My Hero Academiashow, I was thrilled to learn that a new movie was being released and would be showing in a local cinema. It was quite a pain to go to the cinema, but it was well worth it. While I enjoyed this feature-length adventure immensely, there are some elements I feel are missing.

My Hero Academia is an exciting and fun superhero adventure that includes action, mystery, and some memorable character moments. Making movies from TV shows can be dangerous. They may end up feeling just like an episode of the series. This movie, for the most part, avoids this.

This is the biggest story in the series. The threat from Humanrize’s schemes and the entire world is at stake. Not just Japan, but the entire country where our heroes are from. This gives the story an incredible scale, something that can’t be done in the main series. It sometimes feels lacking in depth and nuance, despite its enormous scale.

The movie doesn’t really explore the core concept behind the Quirk Doomsday Theorie. It is the reason the story is happening, but it’s not explored in a great way. The Quirk Doomsday Theory in this movie is the kickoff point for all of the action. It is the thing that provides context for the villain’s genocidal goals. It is not used as an arch, which I believe it should have been.

Don’t get me wrong. It’s not a bad story. This feature will be a hit with My Hero Academia fans. It often feels lacking something to elevate the material. It goes beyond the thematic. Sometimes, the story’s core elements don’t feel as good as the source material. Sometimes it feels like we missed some opportunities to further develop characters. It could have some more action sequences.

To be transparent, I have seen the dubbed My Hero Academia World Heroes’ Mission. I cannot comment on the performances. There are performances that are fine for what they are. They are restricted by what material they have, but they can do the most dramatic and climactic moments.

They don’t have much to work with. This is probably because this movie is not a canon movie, and our core characters don’t grow or change much throughout the movie. This is simply because any person who missed the movie would be confused at sudden changes in our main show and manga cast.

We find ourselves in a strange situation where, despite it being the most serious and grave threat to our heroes’ lives, it doesn’t change their outlook or change their perspective. It serves as a good flag post to show how far our cast has come along in their adventures. They don’t even have an arc.

Rody Soul is the one who does most of the character development. He is an entertaining character with a unique power. He is a great counterpoint to Midoriya. The two characters complement each other well because of their different backgrounds. I wish he was a bit more memorable, but that is just me. We get what we get, which is mostly interesting. It helps to create a larger mystery and also makes for good world building. It would be nice to see a bit more of it here.

It features an array of spectacular and entertaining action sequences, as one would expect from a movie like My Hero Academia. World Heroes’ Mission. The movie uses the medium well to create some truly innovative set pieces, with great choreography and staging.